In this newsletter, we share the outputs from our July Conference.
We were especially pleased to welcome Dame Ottoline Leyser, CEO of UKRI, who gave a keynote speech where she highlighted the investment made in DAFNI.
View this and many other presentations from the conference at the DAFNI website. 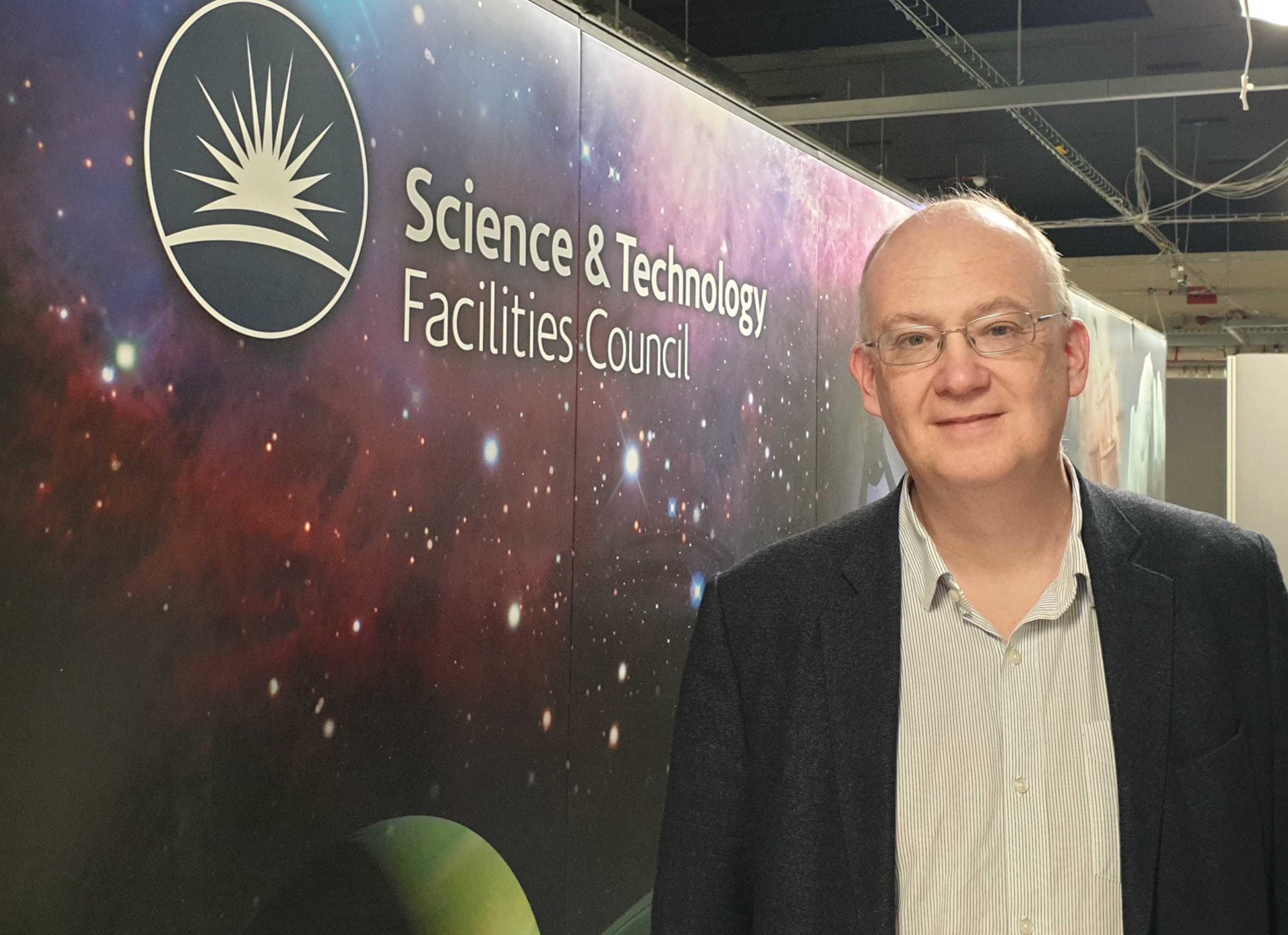 We were pleased to announce that we received a further two years of funding from EPSRC’s Resource Only Strategic Equipment fund at the DAFNI Conference earlier this year. This allows us to bring the DAFNI platform to a wider group of users and really start to build on the 4-year development roadmap by providing access to the many of the benefits the platform has to offer our community of researchers.

Since the conference, the platform has been continuing to grow, and on the last count DAFNI has 1,876 datasets, 176 models and 1,474 user workflows, as part of an active user community who are using DAFNI to develop their research.

If you are a researcher and would like to become part of the community of DAFNI users, we would welcome your application; full details of how to access DAFNI are shared below.

We are continuing our programme of DAFNI roadshow events, a new schedule will be released soon, to explore how DAFNI can support new researchers. We are also establishing a training programme as if you would like to attend one our training events (dates below) if you want a deep dive into how to use DAFNI. Keep an eye out for the dates of these events – we would love to see you there! 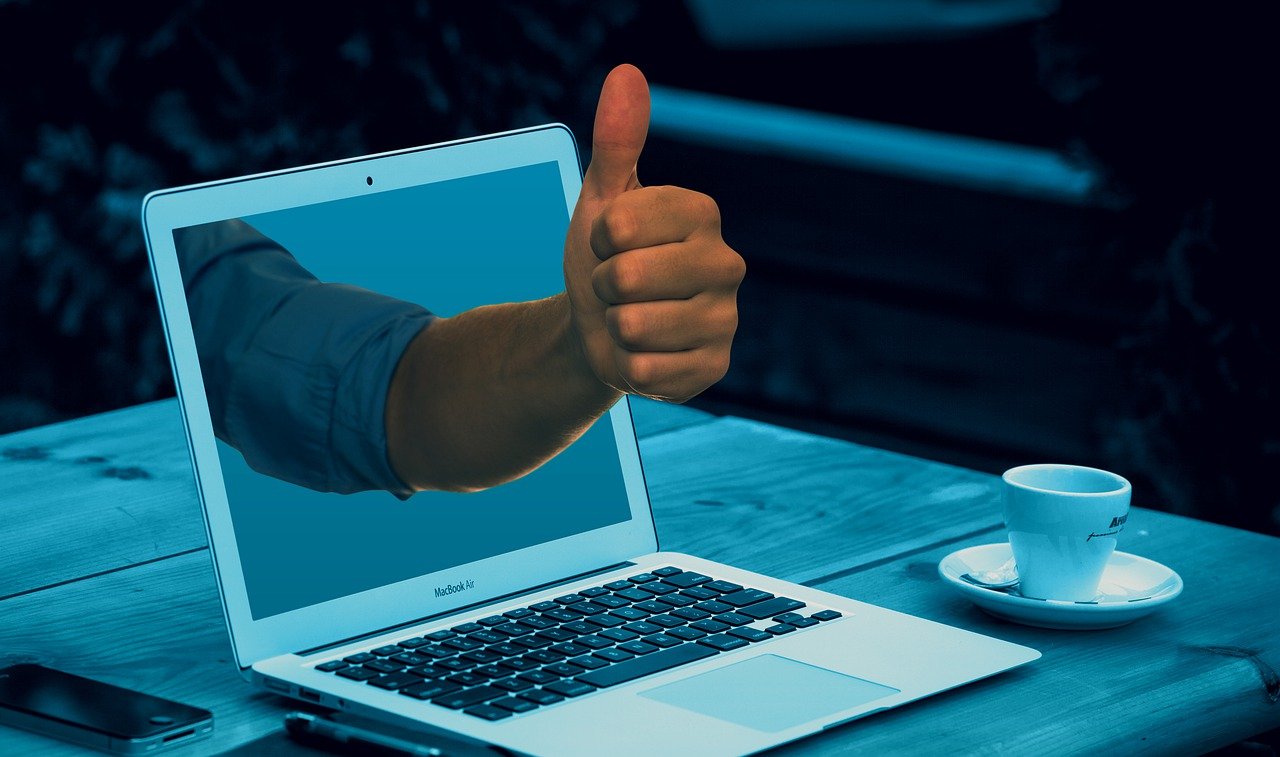 Here are the dates we have reserved in the calendar: 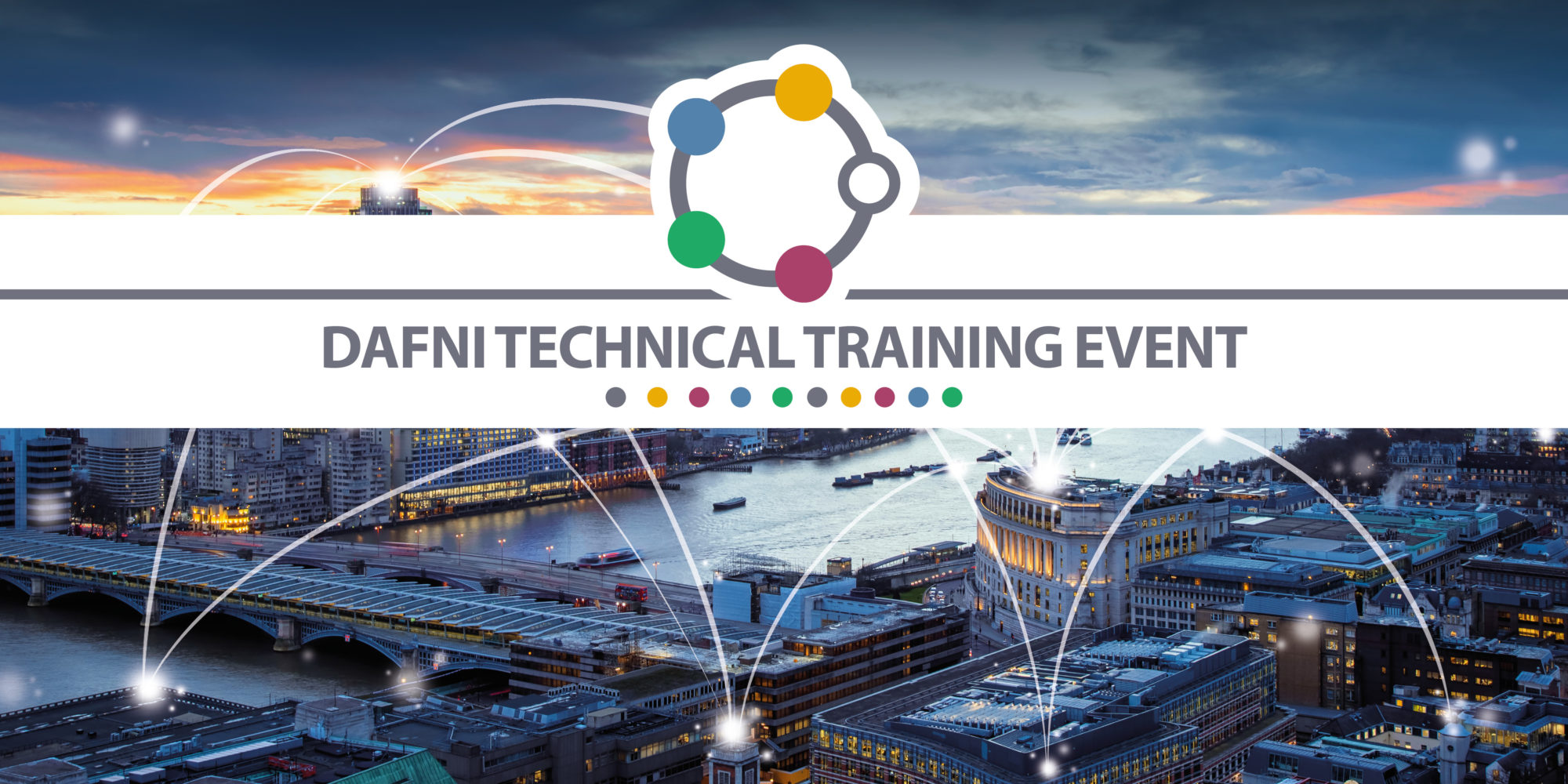 If you would like to register your interest in attending any of these dates, please email Rocio at info@dafni.ac.uk. To attend the event you will need to have experience of entering code through a command-line interface, for more information please refer to our booking page as there are pre-requisites to attend the training https://www.eventbrite.co.uk/o/dafni-31793198351. 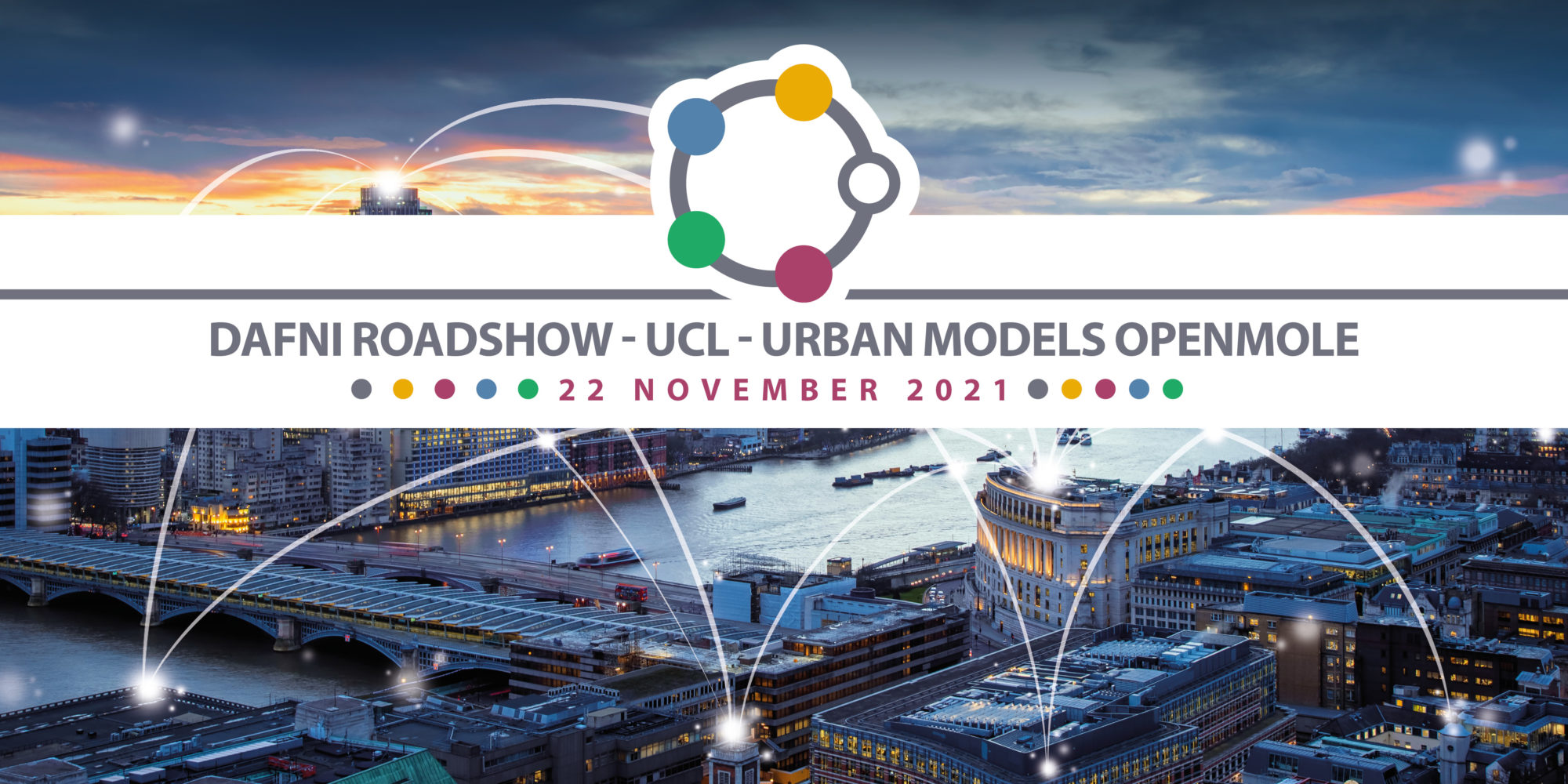 DAFNI Roadshow events continue. Join us on 22nd November to hear from Dr Juste Raimbault, a DAFNI Champion, about OpenMole and how this is now integrated on the DAFNI platform

At his event you will also hear from:

Denise Pumain who is an Honorary Professor at Université Paris who has developed an integrative approach to urban systems dynamics, combining an evolutionary theory for systems of cities with the development of simulation models and harmonised databases.

Romain Reuillon, a researcher at Complex Systems Institute in Paris (ISC-PIF) and is the founder of the OpenMOLE project, and one of its main developers for more than 10 years. The focus of his research is distributed computing and the validation of simulation models, in an interdisciplinary context 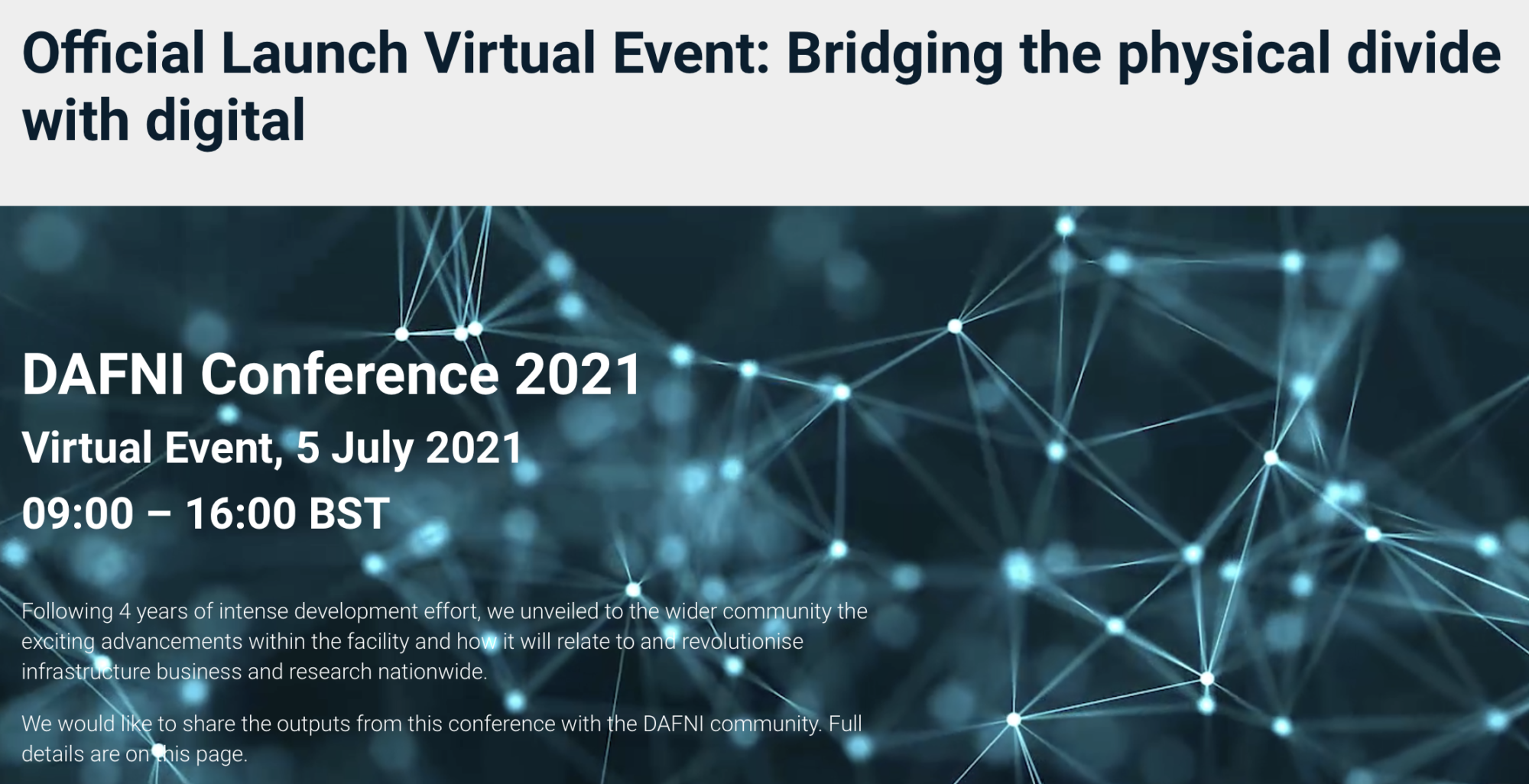 View the videos from our July conference

We captured the event and the videos and presentations are available on our website.

Find out more
Speakers include:

Latest developments on the DAFNI platform

News from our central team

DAFNI is proud to provide the platform to support CDBB’s CReDo project. The Climate Resilience Demonstrator from the National Digital Twin programme seeks to improve resilience across infrastructure networks.

Watch a video released for COP26 which highlights the project: https://youtu.be/iluoK6iKrxE.

Find out more about the CReDO project. 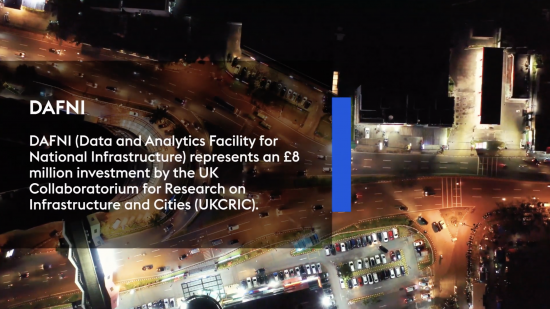 DAFNI in DCMS film for COP26

DAFNI appears in the Department of Culture, Media and Sport (DCMS) video produced for COP26.

Professor Jim Hall was recently interviewed about DAFNI by Mark Say for UK Authority, an online publication which explores and showcases best practice and innovation in the use of technology, digital and data for the delivery of modern public services. 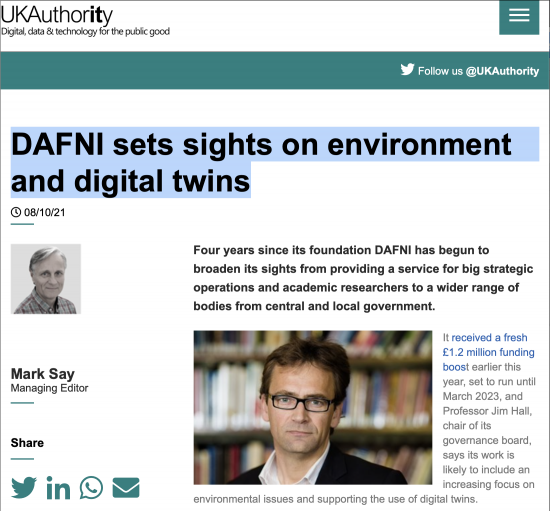 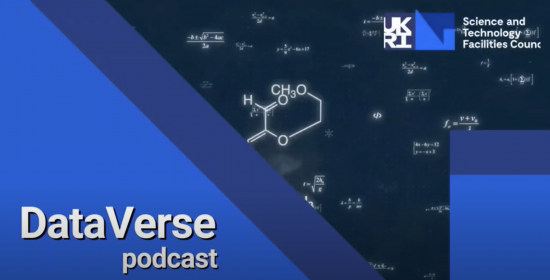 Why use DAFNI? Find out by listening to Brian Matthews who was recently interviewed about DAFNI during a STFC Data Verse podcast…

Listen to the recording

The Science and Engineering South community, a hub of world-leading universities, celebrates the work of the DAFNI champions.

Introducing the DAFNI Immersive Data Space, a new UKCRIC touring immersive space for visualisation of infrastructure data at the University of Bristol. This facility was funded through DAFNI as part of the UKCRIC’s EPSRC research fund.

Open Data Institute seeks collaboration on how the built environment sector can use data to tackle climate change.

The Open Data Institute has a call for collaboration which will be developed from their draft paper ‘Tackling the climate crisis with data: what the built-environment sector can do‘.
Complete this short form if you are interested in finding out more about collaborating; to give your feedback on the working paper; and/or tell them about your open data project
Read the article 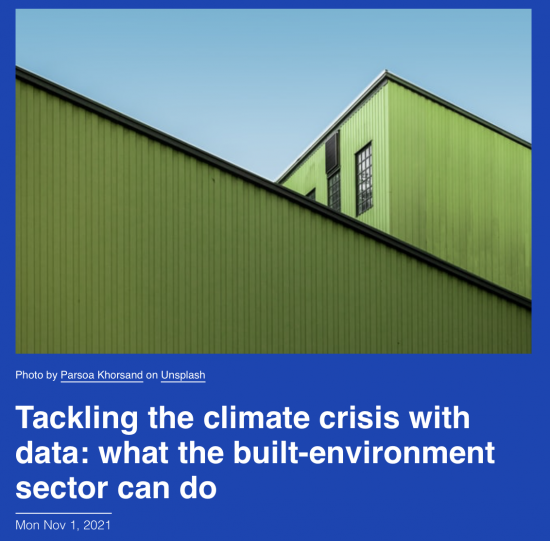