How Ontologies have been applied in the energy sector 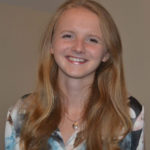 In the second of our blog posts, we take a look at the use of ontologies in the energy sector. Unlike water, where a single company can be responsible for getting water from source to tap, a large range of companies and providers are typically involved in generating, distributing and supplying our energy. This makes the development of a shared knowledge base particularly important for the energy domain.

With data coming from such a range of sources, energy ontologies have utilised existing device ontologies to bring information together in a common format. Device ontologies give ways to describe the capabilities, measurement processes, observations and deployments of sensors in a network. One popular device ontology is the semantic sensor network (SSN) [1], which has been extended and incorporated into numerous domain and application ontologies, in the energy sector and beyond. One example uses the SSN ontology to incorporate separate data sources for temperature, humidity and CO2 measurements to assess a building’s energy performance [2], while another aligns the SSN with energy meters to allow users to query aspects of their energy usage [3].

Scale is another important consideration in the energy domain. While many applied ontologies focusing on household or building-level energy consumption, more ambitious efforts have attempted to cover entire cities, districts or urban areas. Perhaps the most extensive example is the EU’s SEMANCO project, which produced an urban energy ontology as part of its objective to make urban planning and management more energy efficient. Including urban space descriptors, energy and emission indicators, and socio-economic factors, this is a comprehensive attempt at an energy planning domain ontology, which draws on standards and use cases to ensure it can be applied to a range of scenarios [4]. This ontology has already been utilised by researchers, together with concepts from the SSN ontology, in the design of an Internet-of-Things based platform for managing energy use in buildings [5]. The work of SEMANCO also lives on in ‘Energy Efficient Cities’ (EECities), a new project to support planners and policy makers using technologies based on the SEMANCO platform.

As ontologists look to represent the infrastructure systems of towns and cities, the energy sector has a solid footing upon which to build. Energy ontologies are already beginning to integrate existing device ontologies and, to a lesser extent, building and energy standards. This is best seen in the SEMANCO project, which incorporates various ISO and European technical standards [6]. Further recognition of the standards and regulations adopted by industry will put energy ontologies in an even stronger position, both as standalone tools and as components in larger, cross-domain ontologies.